Rung – Multiplayer Card Game is a project of HWTECH. This LIVE version of the classic card game puts you and your friends together in the classic style. It’s the most beloved card game from the Indo-Pak subcontinent and Middle-east comes to both Android and iOS. You can invite your friends for a game of Single Siri… no matter the device! Rung is a card game which also known as Court Piece, Trump, Truph, Troop and Hukum. There are different versions of this game Single Siri, Double Siri & Band Turph. 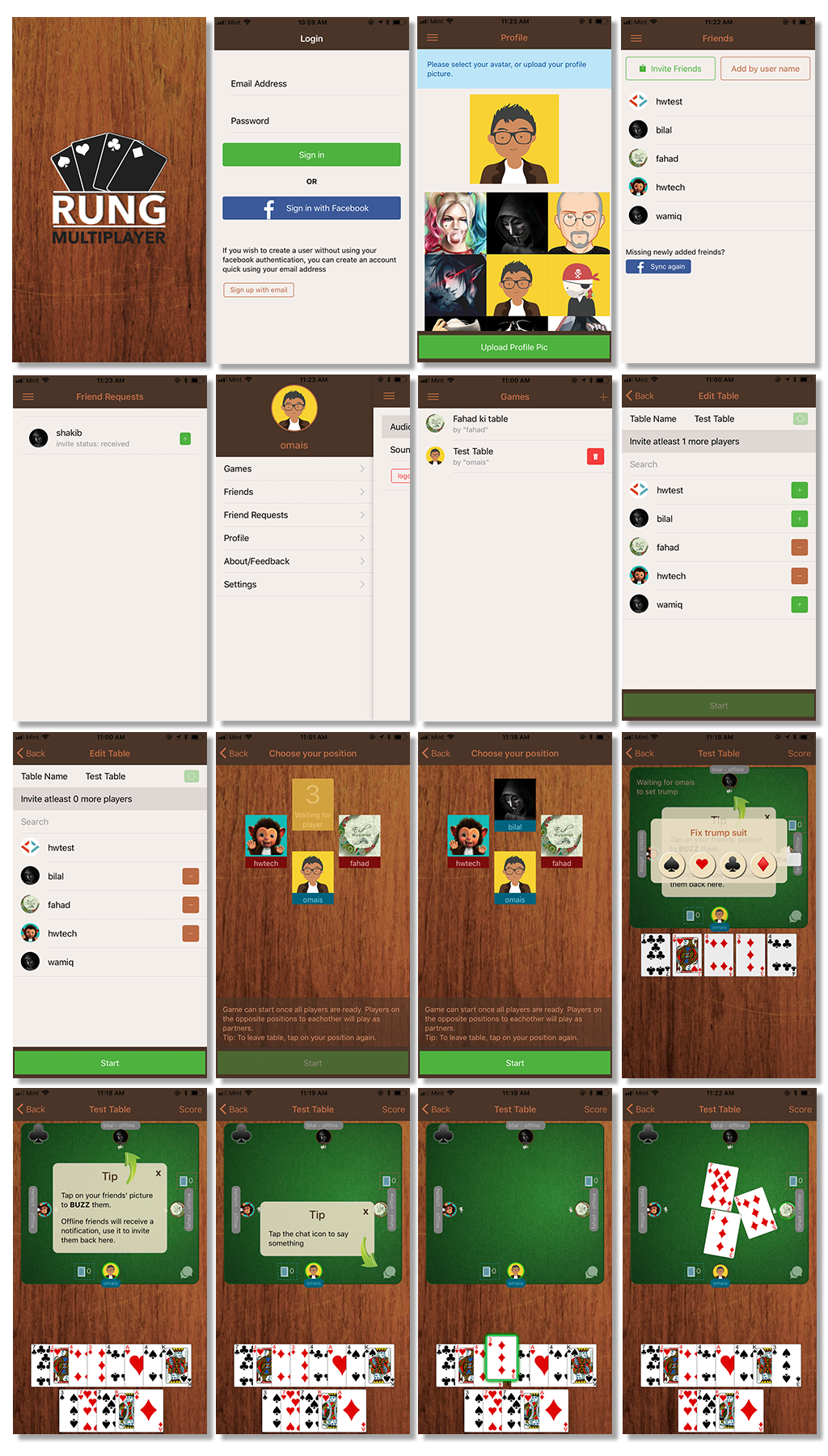